45. A Corgi has uterine inertia

Around six months ago, the breeder said that the first vet did a Caesaean section on this Corgi and 8 pups were delivered dead. So he never went back to the practice again as he deemed the vet incompetent in causing him to lose $40,000 worth of sales. "The vet must have given the IV sedation, killing all 8 puppies," he declared and no excuses were acceptable to him.

Now the 62nd-day pregnant Corgi had weak contractions and the breeder wanted an elective Caesarean section at 9 am.

2 pups delivered alive and given to the breeder. 1/2 died during during revival. It is very difficult for the breeder to know the optimal time for the Caesarean section.  If done at 7 am, this dead distressed pup might be alive. 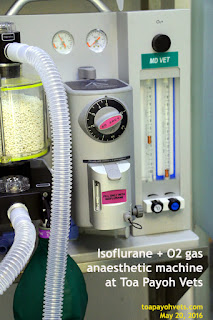 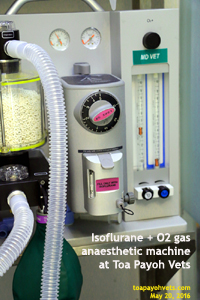 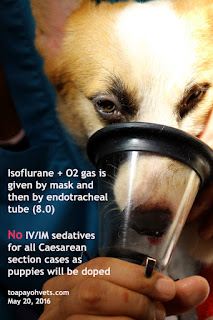 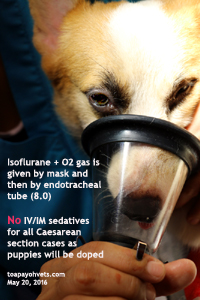 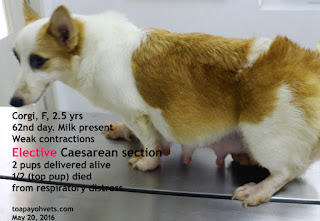 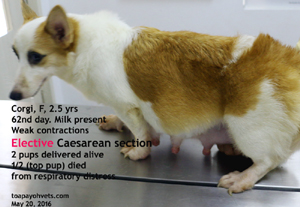 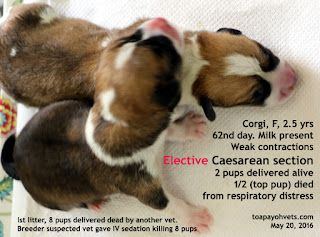 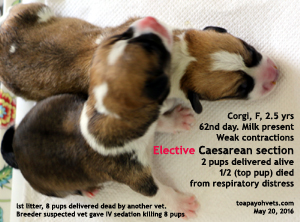 "At least no pup died during Caesarean section," I told Dr Daniel. "Otherwise, I would be blamed. The pup did die of respiratory distress and the breeder blamed his Myanmar assistant for not being able to revive the puppy! That pup had a full collar and was most valuable unlike the other pup."

On May 23, 2016, I visited the breeder farm. The pup was fostered to a Cavalier King Charles and was thriving. See the video of the 4-day-old pup with the foster mother.  The Corgi dam was housed in a separate crate and was hale and hearty, with excellent appetite. She barked at me and looked very bright. It was wonderful to see the thriving puppies of the two Yorkshire terriers I had done Caesarean section. New lives, new beginnings and new day.

Posted by toapayohvets at 4:15 PM